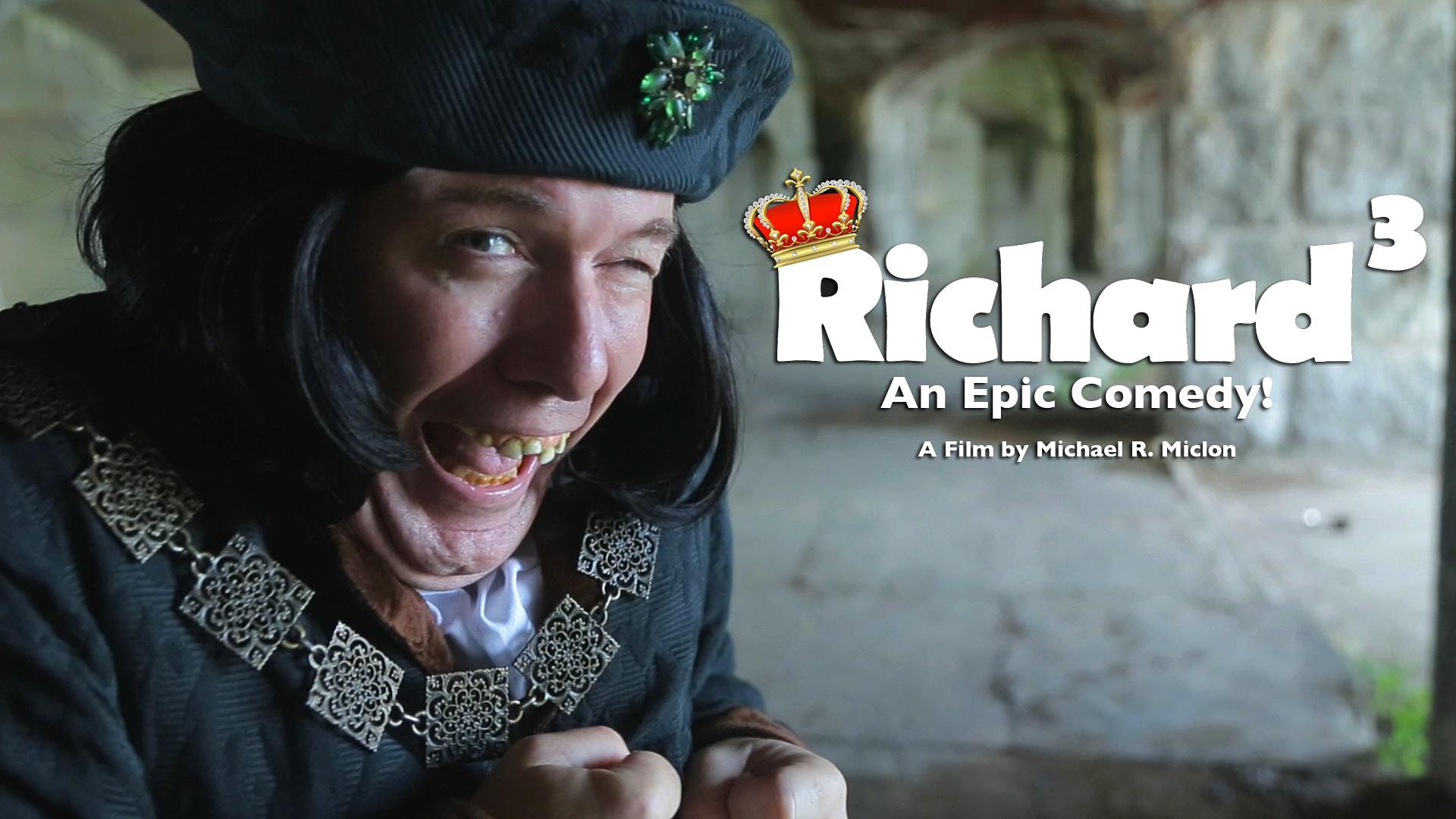 Watch Mike Miclon’s Epic Comedy and listen to the filmmakers discuss the film and how it got made.

Watch Mike Miclon’s epic comedy Richard3 along with the filmmakers and actors. The film will broken in three segments and intercut with interviews with the people who made it happen.

Viewers will see the movie broken into three parts, intercut with interviews with the actors and filmmakers. Jay Childs of JBC Communications will host the Show. Jay was the Director of Photography and the Executive Producer for the film.

Shot on location throughout Maine, from Fort Popham in Phippsburg to the former St. Patrick’s Church in Lewiston to the movie capital of Maine…Buckfield, Richard3 is led by a cast of all-Maine actors and physical comedians, and includes more than 300 extras from all over Maine and New Hampshire. The first-cut version of the film played to a sold-out crowd at the Emerge Film Festival.

The gleefully absurd story of the famed hunchback maniacal king who murders his way to the top is Miclon’s directorial debut, for which he is also the screenwriter and lead actor. Adding a few twists to the original script and trimming away some of the less essential parts of the story, Miclon and his team have created a script that not only tells the story, but utilizes everything in their performing arsenal, from improvisation to juggling.

“This is a Maine made film that perhaps should be tagged ‘Richard III: The Way Shakespeare Ought to Be’” Linda Nelson, Deputy Director, Portland Ovations

IMPORTANT-You will receive a unique ticket link by 5:00 on the day of the event to the e-mail attached to this order. If you do not receive it please call our box-office at 582-7144 for assistance.