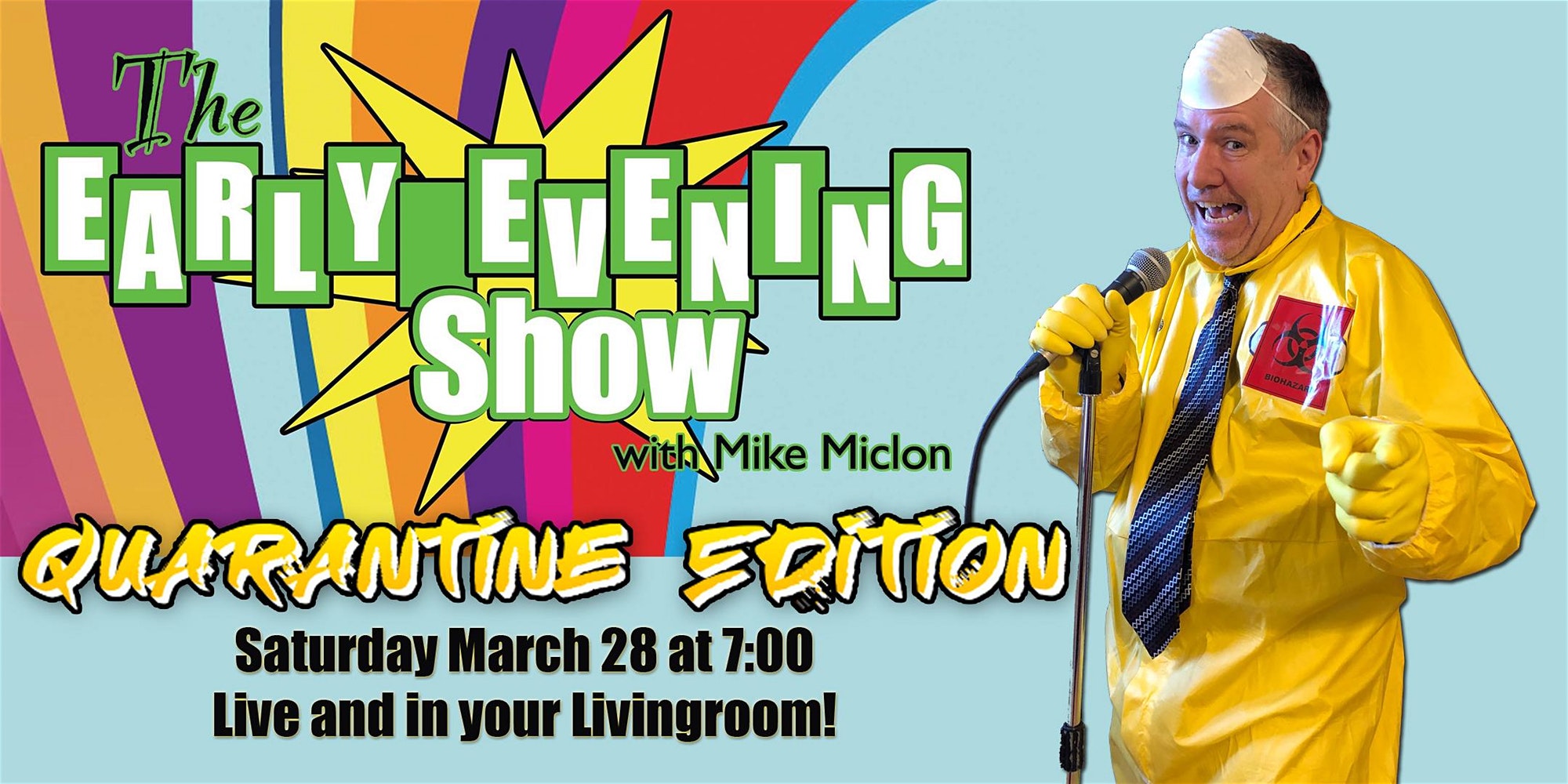 Audience members will be able to watch the show from the comfort and safety of their own homes but will still be able to interact with the show through Facebook & text throughout the evening.

The Early Evening Show, created in Buckfield Maine’s Oddfellow Theater in 1998, is the longest running live variety show in Maine and for the first time in its history will actually be on the air!  The Bangor Daily News called the show “a seamless, hilarious production” and CBS Sunday Morning called it “must see reality”. The show comes complete with a band, guest interviews, improv commercials and big finales and a guest spot from the Buckfield Department of Tourism!

The performance will be filmed live at Johnson Hall and broadcast over the internet to all who have the ticket link. Each unique link will be sent out through e-mail the day of the show to ticket holders. Each ticket purchased covers your household.

Due to the Corona Virus, Johnson Hall has had to cancel all performances through early May at the theater and all the performers in the show have had their performances canceled around the world. This show is an opportunity for art and theater lovers to not only support Johnson Hall but these artists as well.

Mike Miclon, Johnson Hall’s Executive/Artistic Director and the host of the show said “We will get through this together and we can still laugh and sing and enjoy live theater even if we aren’t in the same room!”