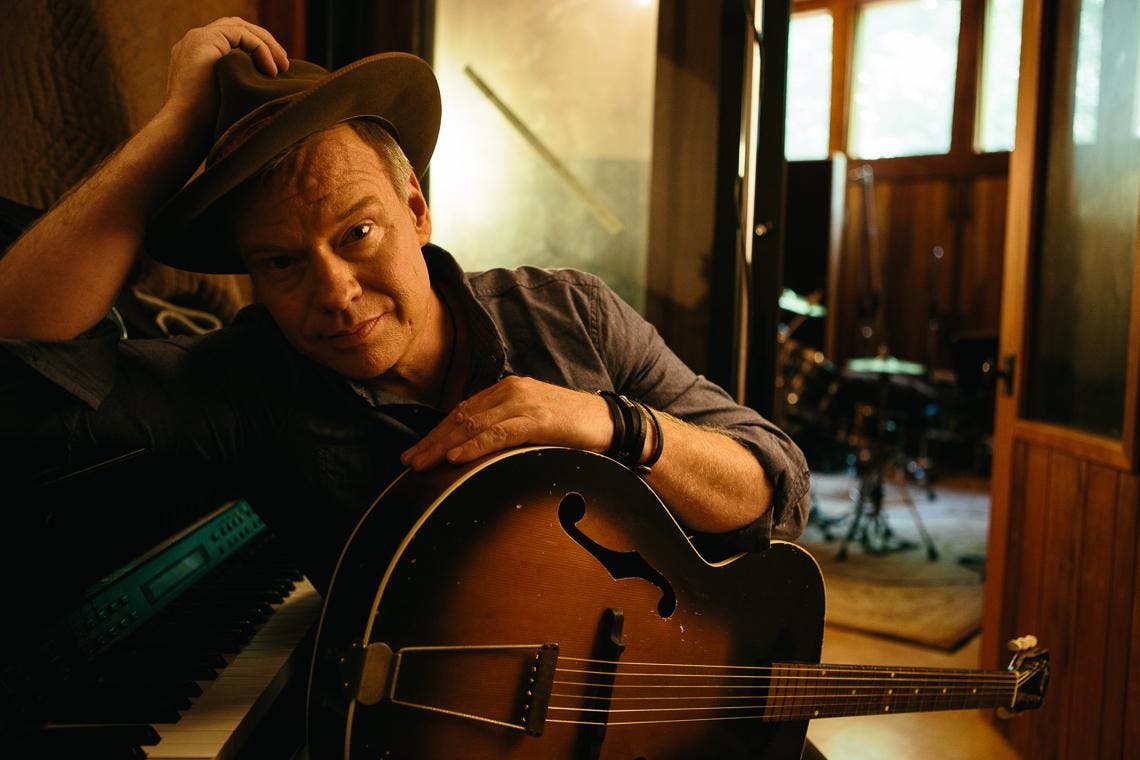 An Evening with Shawn Mullins

After a series of indie record releases, Shawn Mullins’ critical breakthrough came when 1998 Soul’s Core album shot him to fame on the strength of its Grammy-nominated No. 1 hit, “Lullaby” followed by AAA/Americana No. 1 “Beautiful Wreck” from 2006’s 9th Ward Pickin Parlor. His song, “Shimmer” was used in promotion of the 2000 Summer Olympics in Sydney and was included on the Dawson’s Creek soundtrack. He co-wrote “All in My Head” which was featured in episode one of the hit TV sitcom “Scrubs.” Mullins also co- wrote the Zac Brown Band’s No. 1 country tune “Toes.” In early 2002, he formed super group The Thorns with Matthew Sweet and Peter Droge. Mullins’ most recent album My Stupid Heart, was released in 2015, the theme of which, Mullins says, can be summed up most succinctly by the song title, “It All Comes Down To Love,” the guiding force behind just about every song on the album.

Mullins is currently embarking on a recording project in conjunction with the 20th anniversary of the release of his album Soul’s Core, which came out July 17, 1998!

He always performs songs from Soul’s Core in his live sets including “Lullaby” (Rockabye), “Gulf of Mexico,” “Twin Rocks Oregon,” “Shimmer” and “Anchored in You”. The song arrangements have evolved through the years as he continues to perform them live and grow as an artist.

For the 20th anniversary, Shawn will revisit the music on Soul’s Core and record two new versions of the album. He is calling this Soul’s Core Revival. This is not a remix or a remaster of the original, but rather brand new recordings with new arrangements of the songs – one album will be new stripped down solo performances, some on guitar, some on piano and maybe one a cappella and the second will be a new studio recording with his full band, Soul Carnival.

Mullins has partnered with PledgeMusic to reach out to fans to join him in the process of making these records. Supporters of the project can take part by pre-ordering a download of the records, signed CDs, high-quality vinyl, a live guitar or vocal lesson online with Shawn, Soul’s Core Revival swag – t-shirts, caps, mugs and sweatshirts, a visit to the studio while he records the albums, a personalized Platinum record plaque of Soul’s Core, handwritten lyrics to “Lullaby” – these and many more options to participate in the making of these records are available on the Shawn Mullins PledgeMusic page at http://www.pledgemusic.com/projects/shawn- mullins.