Maine Event Comedy an Evening of Stand Up Comedy

This performance is for ages 21 & up.
Maine Event Comedy, hosted by Mark Turcotte, presents an evening of hilarious stand-up comedy! Give y

This performance is for ages 21 & up.

After years as a successful trial lawyer, Morgan became a full-time comedian in 2005 after being chosen as a finalist on Nick at Nite’s “Search for the Funniest Mom in America.” She has worked nonstop ever since in theaters, clubs and for corporate clients around the country. Her current DryBar Comedy special has over 1.5 million views.

Morgan’s southern style invites the audience to sit in the front porch swing and laugh with her while she talks about family, parenting, marriage, and life in general. She lives in Cumberland with her husband, three kids, two neurotic birds and a big dumb dog. She is still licensed to practice law in both Maine and Georgia, but plans to stick with comedy until someone in her family gets arrested…again.

Tucker’s verbal wit and physical comedy have made him a favorite throughout New England. He’s a founding member of Portland’s Running with Scissors improv group and was a finalist on HBO’s Lucky 21 Comedy Showcase. He’s performed at the Hartford Funny Bone, the Rhode Island Comedy Connection and the Comedy Nest in Montreal.

Turcotte is the founder of Maine Event Comedy. He was a finalist in the Funniest Comic on the East Coast Contest, performed on the Gotham All-Stars Show in New York City, and once facilitated a marriage proposal during a 2015 show in Biddeford…the couple is still married.

IN-PERSON TICKETS-The management of Johnson Hall will require all audience members, staff, and artists to show proof of full vaccination against COVID-19 or a negative test from the past 48 hours, along with a matching photo ID, in order to enter the venue.

Proof of vaccination can be your physical vaccine card or a photo of your card, and children under 12 are exempt from the policy.

Masks must be worn into the venue and can be removed once seated.

Thank you for your cooperation 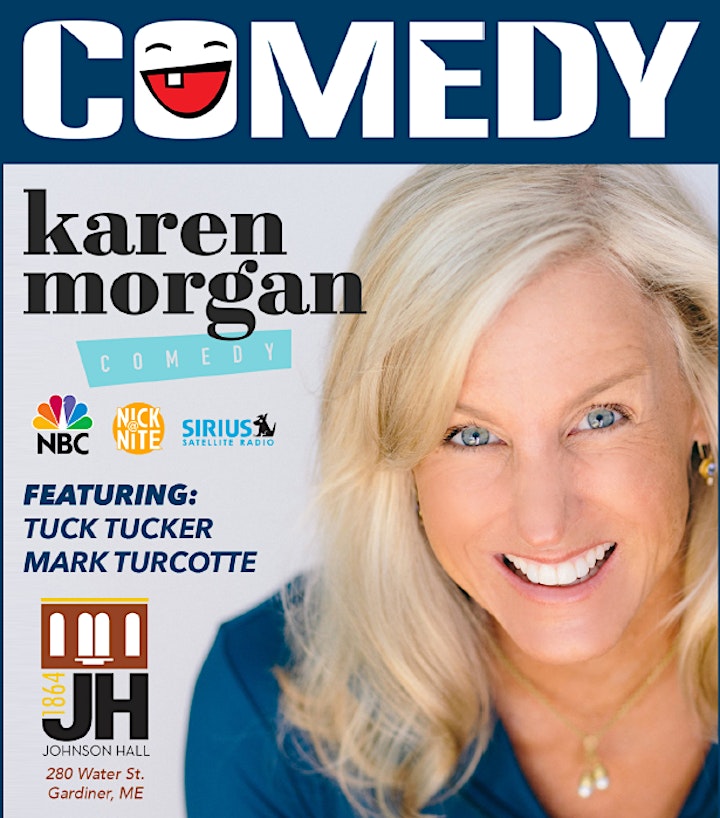