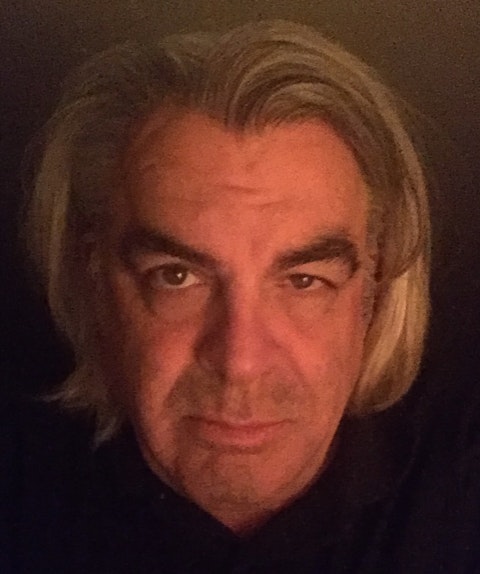 Barney Martin Livestreamed over the Internet!

Barney Martin picked up his first guitar at the age of 13 – an ole Sears-Robucks clunker his older brother left for junk sitting in the back of a closet. The broken tuning keys that tune the strings needed vice-grip pliers to be turned… he eventually earned enough to acquire a Gibson Hummingbird.  All tips received from this show will go to restoring this gem that got sat on in 1982 and rendered unplayable.

Although this began a lifetime of playing the guitar, “the stage”, performing in musicals, was also introduced to him by his English/Drama teacher and mentor – Burt deFrees (also to Randy Judkins’). As a freshman playing a character that had one line in Acts 1 and 2 in Finian’s Rainbow, turned into the lead role of the King of Siam in “The King and I” the following year. Theatre Performance / American History / Secondary Education was what Barney pursued in college.

As a solo acoustic performer, he played across the country, the Bahamas, England/France… As an actor he performed in a British Isles touring theatre group as well as a guest performer in an Acadian Folk Music and Dance troupe touring central France.

He has only produced one CD of original songs titled “Fallen”. Also wrote the title cut of a collection of sea songs brought together as a fundraiser for fisherman’s families in his grandfather’s ancestral home of the North Cape PEI Canada called “Life of a Fisherman”.

Throughout his singing career he has performed lead off to Livingston Taylor – during one of those times invited to sing a duet with Livingston in his show called “Citylights” – a song Livingston recorded with his brother James.

Barney has been a duet acts, including one with his singer Greg Chastain and brother Michael which they called “Common Ground”.  Harmonies are his addiction and came out of high school performing with “Full Sail” (Mark Nordli, Claire [Bureau] Sullivan, and Carole Wise).  Most notable was with a 17 year trio “Coos Canyon” (Dan Merrill, Brian Johnson) with harmonies that rivaled any of the big name bands (CSN, Eagles, etc). The trio turned to full band was named after a swimming hole on the Swift River in Byron Maine that Barney frequented as a teenager. Coos Canyon most notably got to lead off Eddie Money in concert.

In “on camera” projects, most notable were the several Maine and New England commercials (Handyman Tools, Megabucks) he did from the early 90s for 10+ years, even a feature film role in the indy film “Liberty Maine” performing a scene with Eric Close (TV: Without a Trace, Magnificent Seven). Had walk on role in the TV movie of the week “A Case of Deadly Force” in Boston scored by having run into fellow actor John Shea (Missing, TV: Lois and Clark: The Adventures of Superman) in Boston.  John and Barney had the same theatre teacher at different times in college (New England College). Look for Barney being himself in a customer testimonial for an upcoming ad for Prime Honda Saco.

As an entertainer, Barney was invited by legendary vaudevillian performer Randy Judkins along with Steve Underwood to form Randy’s brainchild “The Maine Hysterical Society”.  They performed for 12 years giving audience members “humor hangovers” – including Lucy Arnaz who invited the Hystericals to perform in a show she had at Birdland in New York City.

Now in his 60s and almost calling it quits, Barney was persuaded by his friends Don Campbell and Paul Pappas that he had a little left in his tank and return to a solo acoustic act once again.  It looks like 2021 we will shed covid and all entertainment can return.

Barney has a thing for James Taylor’s music and has looked into some details in James’ early life. Of course, other artists of similar nature fill out his setlist along with originals. Sitting down in the intimacy of Johnson Hall is exactly the kind of venue Barney wants to perform.

Livestream Information-The performance will be filmed live at Johnson Hall and broadcast over the internet to all who have the ticket link. Each unique link will be sent out through e-mail the day of the show to ticket holders. Each ticket purchased covers your household.